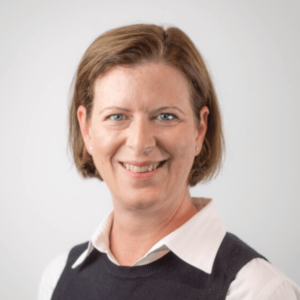 How to Win the Buy Box on Amazon Prime Day 2021

Amazon has finally confirmed that Prime Day 2021 will revert to its usual date of mid-July.

The eCommerce giant said Prime Day 2020 was its biggest sales day ever—even after shifting its date from mid-July to October as a result of the COVID-19 pandemic. Small sellers reaped the rewards, reporting a strong upswing in sales year-on-year.

“We are thrilled that Prime Day was a record-breaking event for small and medium businesses worldwide, with sales surpassing $3.5 billion—an increase of nearly 60% from last year,” said Jeff Wilke, CEO Worldwide Consumer at Amazon.

As reported by Second Measure, the first Amazon Prime Day—a 24-hour sales event—occurred on July 15, 2015 to celebrate the eCommerce giant’s 20th anniversary. It has expanded to a two-day event of discounts and deals with consistent year-on-year growth. This year’s edition is due to take place on Monday 21st and Tuesday 22nd of June, after Amazon finally confirmed the rumours swirling around online.

According to Amazon, nearly 40% of all Prime Day lightning deals will be from small businesses. But to make the most of the day and its massive traffic influx, you need to be the Buy Box winner, the equivalent of a No. 1 ranking on a Google search.

How Important is the Buy Box?

With about 83% of Amazon’s sales — totalling $190 billion of $233 billion in sales in 2018, the Buy Box is clearly the leading way a seller gets a purchase on Amazon. And with impatient punters eager to score as many deals as possible, they aren’t likely to shop around and weigh up other options.

The remaining 17% of sales? Well, that’s a pretty meagre pie to grab a slice from. But if you end up getting a Buy Box on your product listing page, then you can expect to see more traffic and quite possibly a jump in sales.

However, Amazon only awards the Buy Box to listings it thinks will fulfil their A-to-Z guarantee for buyers, so you have some work ahead of you if you want one to appear on your product page.

Not to mention, the growing popularity of mobile commerce has made it all the more crucial to win the Buy Box. While the “Add to Basket” button appears prominently below the product image and price on both the mobile site and the app (the latter also features a “Buy Now” button), the option to view other sellers isn’t front and centre, which could put a damper on your sales.

How Can I Win the Buy Box?

Competition is always fierce for the Buy Box, but the coveted top spot isn’t out of reach if you get your house in order.

If you’re to be truly successful on Prime Day, and ensure that you do not lose money, you’ll need an automated repricing tool, such as Repricer.com. It has specialised features that can help you to excel during Prime Day.

Repricer.com’s net-margin repricing feature is massively important on Prime Day as it ensures that you can make a profit on every sale, a challenge most sellers encounter during the two-day eCommerce frenzy.

Price Up and Down

You can also price your products upwards when the competitive environment allows, such as when competitors go out of stock, increase their prices, and when you’re the Buy Box winner.

This helps you to identify products with a high and low probability of winning the Buy Box, so you can focus on the important products and take action at speed.

Prime Day is one of the busiest times on the eCommerce calendar and every second counts. With Repricer’s multichannel repricing feature, you can take back control and manage your pricing on 16 Amazon marketplaces.

Follow the steps outlined in our essential guide, “The Art of Winning the Amazon Buy Box,” and you’ll learn what it takes to win the Buy Box—and sell more at higher profits on Prime Day this year.

Top 10 Prime Day statistics that every Amazon seller should know

This website uses cookies to improve your experience while you navigate through the website. Out of these, the cookies that are categorized as necessary are stored on your browser as they are essential for the working of basic functionalities of the website. We also use third-party cookies that help us analyze and understand how you use this website. These cookies will be stored in your browser only with your consent. You also have the option to opt-out of these cookies. But opting out of some of these cookies may affect your browsing experience.
GUARDAR Y ACEPTAR
Funciona con