In the first of a new series, eDesk Chief Technology Officer, Gareth Cummings, gives us an insight into his own experiences and how they’ve influenced the launch of eDesk’s new Smart Inbox.

Ask yourself – how many unread messages are in your inbox right now? When you glance at the unread total, do you get a familiar feeling of anxiety?Not to mention the incessant interruptions, every time the number goes up.

Some days you’ve no idea where to start, what to prioritize or how to distribute the tasks that are coming in. This is the reality for marketplace sellers. Customer support inboxes have never been busier. We should know, millions of support tickets fly through our systems every month, and they’re coming in faster than ever.

I created my first email account on Hotmail in 1997. Email was exciting and new; keeping in touch with friends and family in different countries, forwarded jokes, email chains, scams intrigues and links. No more ‘snail mail”; email heralded a new communication era, one that would be fast, responsive, easy and smart.

Email was the future.

Microsoft, Yahoo, Google have all tried various ‘fixes’, but nothing is working. Search online for „my Inbox is a mess” and you will get 66 million results in 0.64 seconds.

As a kid growing up in Dublin I was always fascinated by Lego, taking unstructured components and transforming them into rockets, cars, trucks and the occasional airport. One of my earliest memories is lying on the carpet, with my mother beside me. Lining up blocks, instructions and Lego figures. It felt magical. Ever since then I have liked putting order into chaos. It’s not all that surprising that I ended up in technology. 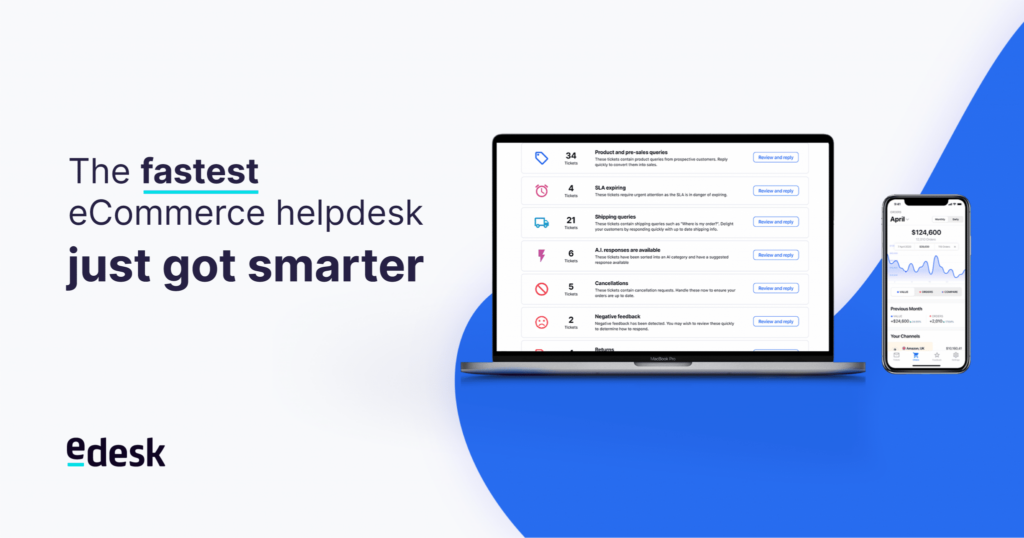 I started out in fintech. Payment technology for the banking sector at that point was a shocking mess. The essential structures underpinning society were quite simply, a mess. Archaic systems from the 1970s. It was inevitable that things would break. A single typo in some obscure configuration file by an overworked IT operations analyst triggered a £56 million fine back in 2012. Moving into Telco systems was a not dissimilar experience. With Brite:Bill I became immersed in complex billing systems, terabytes of unstructured data, working to produce a structured billing document which could be understood by millions of people via AT&T, Sprint, Vodafone and others. Order onto chaos. Structure where there was none before.

It might sound systematic or dull, but I reject this notion. The ability to see beyond the chaos requires a sense of curiosity and an appreciation for creativity. The people I work with are the most creative people I know; they make art on a daily basis. Self-driving cars, smart homes, face timing your mum from the farthest reaches of the globe. All because of software. Ones and zeros, powering the world.

I moved from fintech into Telco and then into eCommerce three years ago. eDesk was founded by Irish tech entrepreneur Ray Nolan, making software solutions for companies selling online, ones that put customer experience at the core of everything. The world of eCommerce has accelerated hugely and it has been exciting and thrilling to be at the forefront of that evolution.

What is eDesk? Fundamentally, it’s the “inbox” for sellers – where all customer queries flow via multiple online channels, be it a message, a Tweet, a Facebook comment, direct via a chat session, or an old school email. Customer support solutions have been around for decades, but just like finance and telecoms their structures are chaotic and poorly designed. And so once again, putting order onto chaos for the support inbox was the order of the day. 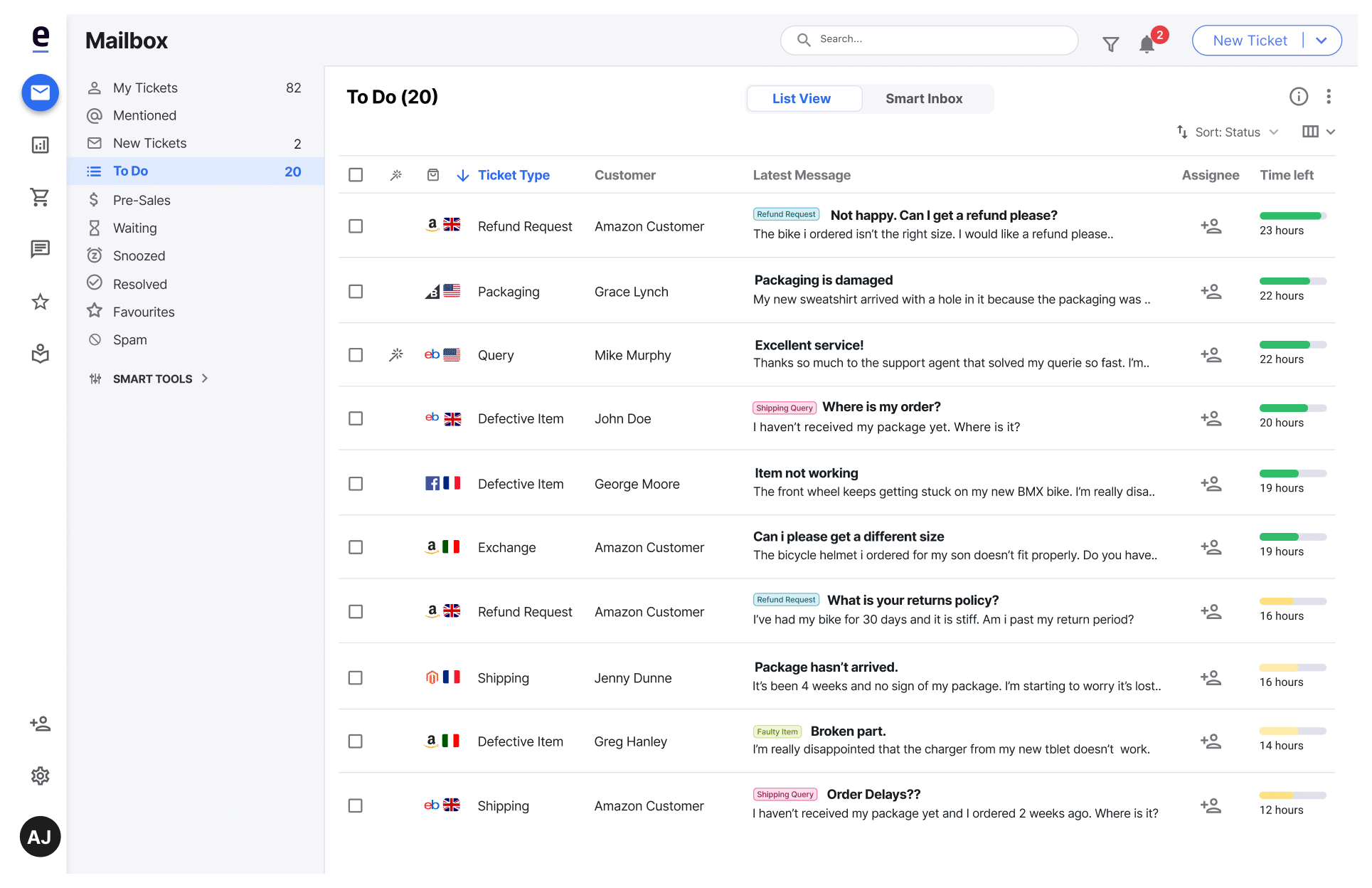 Now, when you plug your sales channels into eDesk – from over thirty different market places including Amazon, eBay, Shopify, Walmart, Etsy and others – we pull both your customer queries and orders into our platform via multiple native integrations. Once your sales channels are connected, we apply AI and machine learning to present you with an integrated, organized and well-structured view of your customer support world. We draw on this rich data set to categorise, prioritise and organise your inbox without you having to lift a finger.

We call it the smart inbox. It organizes, filters, prioritizes and sorts issues for you. Then it harnesses AI to let you tackle the issues fast, at scale and in multiple languages. Smart Inbox.  Once you see it, you can’t do without it.

Software development is the ability to bring order to chaos. It’s the ability to make magic happen  – to turn bricks into an airport and bytes into wonderful experiences. The team of magicians at eDesk have built something beautiful. Something that has taken the chaos and anxiety of the support inbox, and totally transformed it.

Here’s to magic; here’s to the smart inbox. 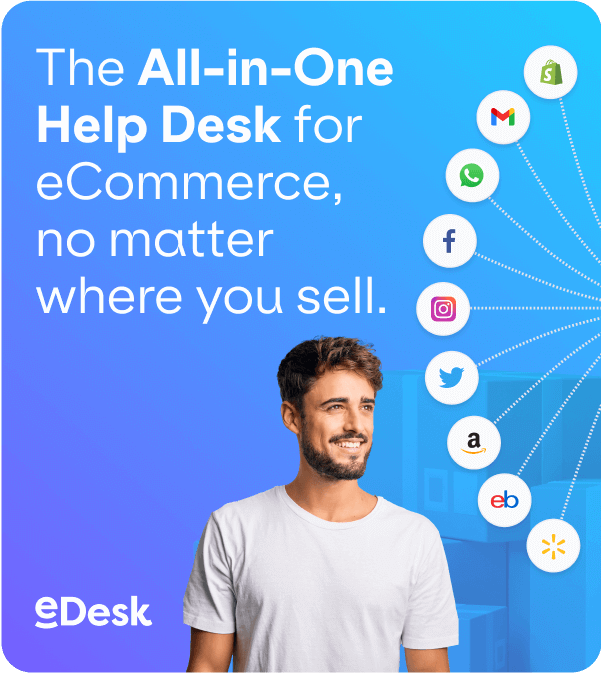 This website uses cookies to improve your experience while you navigate through the website. Out of these, the cookies that are categorized as necessary are stored on your browser as they are essential for the working of basic functionalities of the website. We also use third-party cookies that help us analyze and understand how you use this website. These cookies will be stored in your browser only with your consent. You also have the option to opt-out of these cookies. But opting out of some of these cookies may affect your browsing experience.
SPEICHERN & AKZEPTIEREN
Unterstützt von